As the youngest candidate for NY state senate in 2016, Jarret Freeman was looking to build personal branding and raise funds for his campaign in the 14th District of Queens.

Jarret’s campaign theme focused on infrastructure, education and homeless settlement in the local community. He wanted to convey a full range of campaign strategies in both traditional and digital media.

Furthermore, the campaign needed a professional team with campaign execution and management experience, in order to reach out to potential donors, achieve fundraising goals and gain traction among voters. 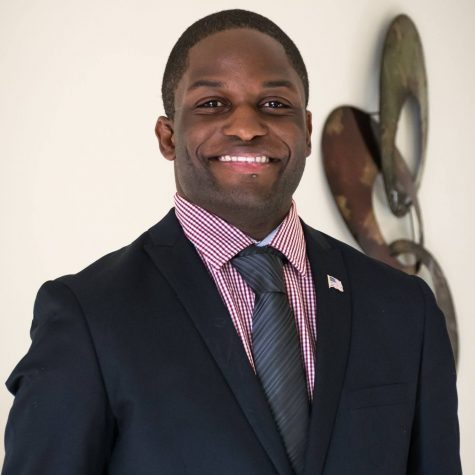 In the 14th District, people have become increasingly disillusioned with lofty policy promises and politicians who’ve eschewed a more immersive dialogue with regular people in the district.

Elections in this district were facing low trust toward politicians and policies they promised. Candidates who want to win endorsements from the public need to rebuild the trust and open a voice to channel and express public opinions on local politics.

Another challenge is the strict filing requirement in the election, which resulted in limited time and budget flexibility for fundraising. According to New York State election law, Jarret needed to work with the party he will hope to run on to gain their support and endorsement in helping him get the needed number of petition signatures in the summer prior to the election to officially be placed on the ballot by the Board of Elections. Jarret was first given support by the Republican party in May 2016 and launched his campaign in June 2016.

Also, each specific position has a certain compliance requirement. The goal of fundraising for local positions is $25-$100k, which means candidates would face the pressure of raising enough money in the limited time.  Moreover, in this period, gathering enough signatures from voters is also crucial.

Hasmo Consulting helped the client with fundraising and personal branding effectively. First, the team contacted the client to discuss their goals options. After clarifying with Jarret and his Political Team, Hasmo Consulting found that to gain public endorsements and raise enough funds for the campaign,  Jarret needed to build his reputation of responsibility and credibility among two critical groups; voters and funders.

With the aim of increasing target audience engagement, Hasmo began building a strategy around social media and executing on content to reflect core campaign issues. Hasmo helped identify the content marketing for the different social media channels including Linkedin, Instagram, Twitter, and Facebook. We also supported in Live broadcasts and opened a YouTube channel containing videos of campaigns and interview.

As a candidate running for political office, Jarret needed to better understand the demographics of his voters and donors to better present the campaign message in a way that would appeal to their needs. Hasmo helped manage the database development for potential voters in the targeted district. Hasmo also ran an analysis for funders’ demographic and optimal marketing strategies to increase contributions to the campaign, Hasmo Consulting put together research about the potential funders and creating the database of their introduction and contact information. This allowed Jarret to get a holistic view of who was not only in the district but how to target the resources of the campaign to meet the needs of his potential constituents.

In the process of advertising events, Hasmo also helped the campaign to implement a Newsletter Campaign, encouraging people to subscribe to a free daily politics newsletter, with campaign updates and information about our client.

Jarret and the campaign team were satisfied with the increased public awareness, acceptance of campaign issues and endorsements from local leaders. The Campaign had the support to run successful fundraising events in Queens that helped collect money in limited time.

From this case, Hasmo finds the importance of eliminating the gaps between media coverage and our client. For political campaign and successful fundraising events, more media exposure and greater digital presence is the key to success.

Because of Hasmo’s targeted brand-building, immediately following the campaign, Jarret was sought after for a number of political opportunities in Washington, D.C.